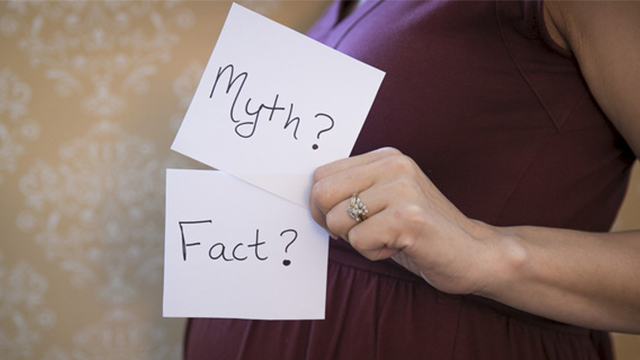 The longest pregnancy that was recorded was 375 days. Normally, pregnancy lasts around 280 days, but in 1945 women named Beulah Hunter gave birth nearly 100 days after the average day of pregnancy.

One of the shortest pregnancies that were recorded was 22 weeks and even a younger baby was born at 21 weeks and 4 days. The child apparently showed no health or developmental problems even though being born earlier.

Blood volume increases to 40 – 50% during pregnancy. This increase helps with extra oxygen needed to support a healthy pregnancy.

With all the hormonal changes during pregnancy, there is no surprise that your voice can change too. This is because of the rise in estrogen and progesterone cause swelling of the vocal folds. It will go back to normal after delivery or breastfeeding.

Baby can recognize their mother’s voice during the third trimester from inside the womb. By 25 – 26 weeks, the baby is more responsive to noise and responds in the womb.

In 2009, a single mother named Nadya Suleman delivered her 8 kids, 6 boys and two girls in a California Hospital.

Babies can cry in the womb when a sound is played on the pregnant bellies. Researchers discovered that they found displeasure expressions on the ultrasound.

The highest number of twins that were born in Benin was at 27.9 per 1000 births.

Even though home birth is becoming more popular but the majority of women are delivering at the hospital or a birth centre. In 2011, the birth rate at home was at 1.26, while in 2012, the number increased to 1.36%.

The heaviest baby that was born in 1879, weighs about 22 pounds, unfortunately, the baby passed away 11 hours after delivery. Since then, healthy babies were born in Italy and weigh about 22 pounds, 8 ounces and in Brazil, a baby was born with 16 pounds and 11.2 ounces, respectively.

Some pregnant women may experience gestational diabetes. This is when the blood sugar is too high and the pancreas could not keep up with supplying enough insulin. It usually disappears after giving birth.

Pregnant women's sense of smell may be heightened as well in the first trimester. This could be a sign that you are pregnant. It can come in handy for pregnant women to avoid any unsafe foods.

Pregnant women's bodies will change and they will develop stretch marks. Women also can get melasma, which causes dark splotchy spots to appear on the face. Women's private parts also can change colour too. Some women reported it turns into purple or bluish, which is known as Chadwick Sign. About 10% of women also get varicose veins appearing on their private parts but it would disappear a few weeks after delivery.

Predicting the gender of the baby

Propose many techniques for predicting the gender of the baby is from using the shape of a pregnant woman's face or belly. These methods are inaccurate to indicate baby gender.

Some of it may be true as a small study found that women with mild to severe heartburn gave birth to a baby with hair. It may be due to pregnancy hormones that affect both hair growth and lower part of the oesophagus. However, there is limited evidence to confirm whether it is true or not.

It is better for you and your baby to stay active during pregnancy. It is safe and healthy. As long as you do not have any complications, you may continue with the exercise that you did before. To those women who never exercise before, you can start this as a new routine.

It is a total myth if you stated that “one for me and one for the baby”. Overeating can be harmful to both mum and baby especially if the diet contains a lot of empty calories.

Here is the calories intake that you should take throughout the pregnancy:

Third trimester: An additional 450 calories per day is recommended

Many pregnant women are trying to avoid contact with cats during pregnancy because they heard that cats can cause an infection. As a precaution, you can wear gloves or ask someone else to change the litter.

You can always have your coffee but limit your caffeine intake to 200 mg or less. This amount equals 105 cups of coffee, 8 ounces.